The Psychology of Donald Trump: A Portrait of a Stalwart Nationalist

Donald Trump is the perfect representation of a Stalwart Nationalist: a self-serving proponent of strong-willed nationalism and tradition. 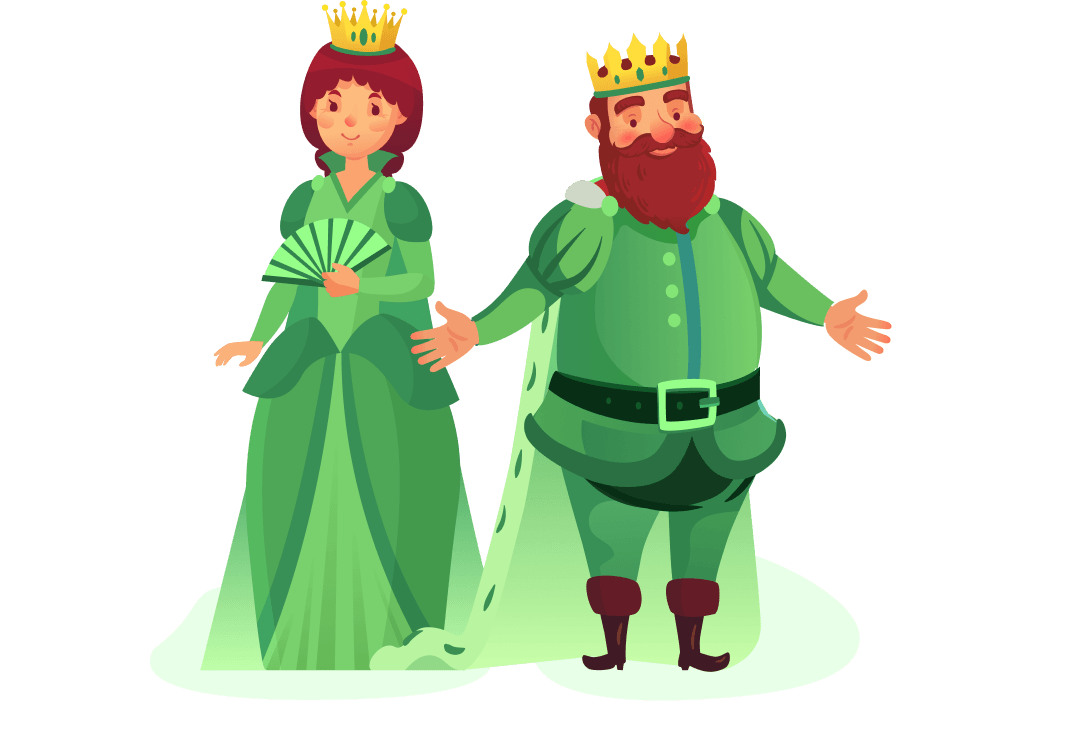 Donald Trump has definitely rewritten the rules of the presidency in the last four years. From hostile press interviews to speeches that appear aimed at dividing the nation, millions of people around the country and globe have expressed total disbelief at Trump’s often erratic behavior.

Without a doubt, Trump is a complex character and it can be hard to pinpoint what motivates him. However, from our research on political personalities, Trump’s personality most closely resembles that of a Stalwart Nationalist.

Stalwart Nationalist are known for being strong-willed and having a “my way or the highway” type of attitude. Others tend to see them as insensitive or overly-practical, but that doesn’t stop them from getting what they want. Trump perfectly represents these attributes, and we would like to dig deeper and explain why we believe Trump is a Stalwart Nationalist in this article.

A Proud Nationalist or Antagonist? The thing about Stalwart Nationalists is that they favor policies that promote the interests of a particular nation and allow them to remain free from outside influences. During his time as president, Trump has positioned himself as someone who would put “America First” and frequently tries to negotiate trade deals, arms agreements, and immigration laws that favor American interests.

“I love our country,” Trump once said at a Houston rally, “and our country has taken second fiddle.” In the 2018 midterm election, Trump even embraced the fact that he was “a nationalist” and received negative press coverage for it.

But why exactly is Trump a nationalist? What motivates him to take this position? It is important to note that in today’s politics the word “nationalism” has associations with far-right politics and patriotism. Trump’s hearty embrace of the nationalist label is entirely aimed at firing up his political base, a patriotic group of people that often feel they have been forgotten and left behind by big government. Trump’s promise at making America first again is similar to saying that he is going to make the people who support him great again.

Trump’s nationalist beliefs could also be associated with his business acumen, where he focuses on getting the best deal for himself. However, many have called into question whether Trump is actually a nationalist. Former White House communications Anthony Scaramucci once told CNN that he embraced the nationalist label because “he wanted to antagonize people. He understands that he’s a great wrecking ball for that establishment. And he knows when that ball hits into the establishment, it galvanizes his base and he instinctively knows it will turn out more voters.” 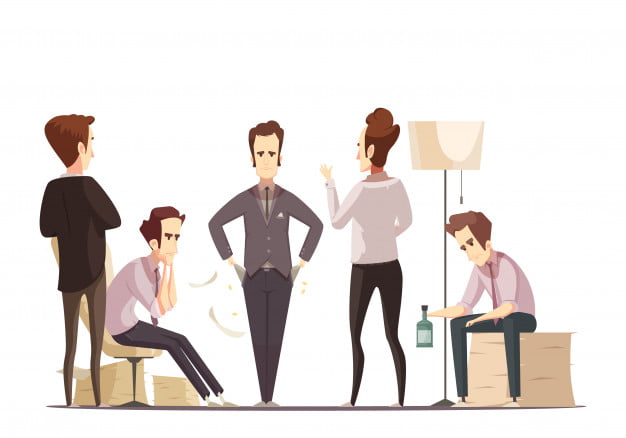 Trump has an extremely pessimistic view of humanity, a common trait of Stalwart Nationalists. In fact, in a 1981 People magazine interview, Trump once said: “Man is the most vicious of all animals, and life is a series of battles ending in victory or defeat. You can’t just let people make a sucker of you.” He has repeated similar statements as of recent, which shows that Trump doesn’t think positively of people.

Trump adopted this brutal worldview from his fiercely ambitious father and his schooling at a young age. Trump’s father frequently consoled him that he has to be a “killer” and a “king.” When Trump talks about his time at the New York Military Academy, he describes a rough environment where the older boys would beat on the younger boys and where teachers would hit students: “He [one of his teachers] could be a fucking prick. He absolutely would rough you up. You had to learn to survive.”

Donald Trump has taken his brutal approach and pessimism to his political career. He is often extremely combative with those who disagree with him and he frequently points out America’s own troubled history to illustrate the unfairness of the world. An approach that no other president has taken before.

My Way or The Highway Mentality 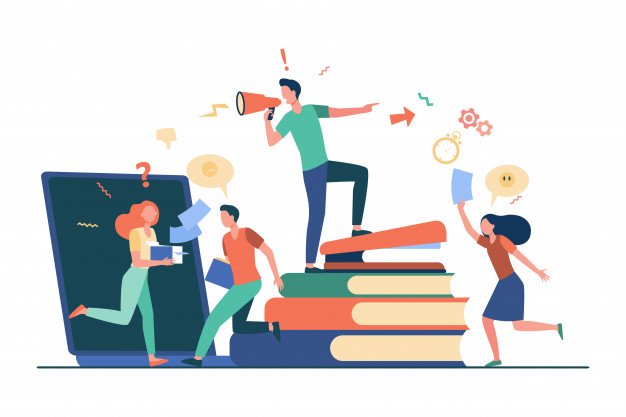 According to a psychology evaluation published in the Journal of Presidential Studies Quarterly, Donald Trump ranks extremely low on the agreeableness scale. The study found that “his aggressive rhetoric, personal attacks against opponents both in and outside politics, and bleak vision for the country can be read as expressions of this trait.”

A low sense of agreeableness is a common trait of Stalwart Nationalists. Warm sentiments or humanitarian impulses do not easily sway them. They usually adopt a position and stick to it through thick and thin.

The Atlantic has stated, “there has probably never been a U.S. president as consistently and overtly disagreeable on the public stage as Donald Trump is. If Nixon comes closest, we might predict that Trump’s style of decision making would look like the hard-nosed realpolitik that Nixon and his secretary of state.”

It is hard to pinpoint what exactly causes Trump to be so close-minded. Generally, it is fear of being wrong or of losing that causes one to be close-minded. In Trump’s mind, changing his positions could be seen as a way of losing a fight, which goes against what he learned from his father and his business career. 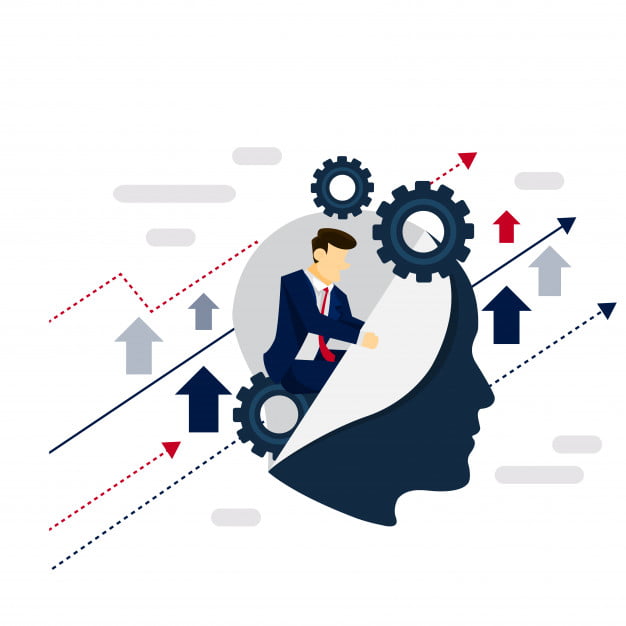 In our framework, we define the decision-making process as either being rooted in emotional or analytical reasoning. When it comes to Stalwart Nationalists, they slightly lean towards making decisions based on emotional reasoning more than analytic reasoning.

This seems to match Trump’s decision-making style. In The Art of the Deal, Trump counsels deal makers to “listen to your gut, no matter how good something sounds on paper.” When talking about the Federal Reserve in November 2018, Trump touted his gut again, saying: “They’re making a mistake because I have a gut and my gut tells me more sometimes than anybody else’s brain can ever tell me.” This shows that Trump is more partial to making a decision based on what he feels versus the facts from other experts.

When making a decision, it is also worth calling out that Trump likes to go big. In The Art of the Deal, Trump counsels deal makers to “think big” and always “fight back.” He tells readers that they must project bigness: “I aim very high, and then I just keep pushing and pushing and pushing to get what I’m after,” he writes.

This goes back to what his father taught him: always to win. Trump gets a feeling of righteousness from winning and coming away from a battle as the victor. It drives him and gives him a sense of fulfillment in his life, knowing that he won the battle. This shows that Trump makes decisions to achieve an emotional payoff more than anything else. 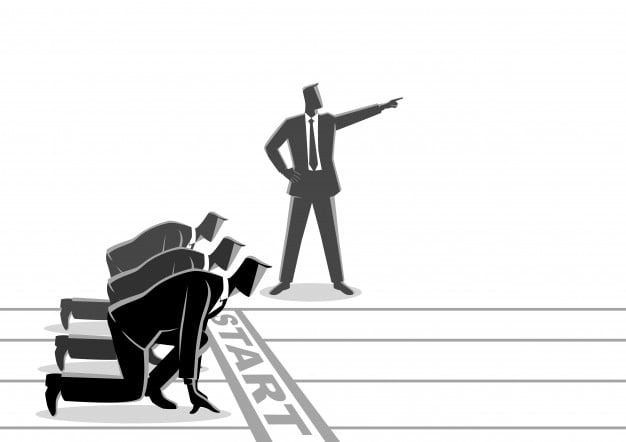 Stalwart Nationalists are known for being extremely assertive and outspoken in approach. People with this personality type are unafraid to stand their ground, even if others see their opinions as insensitive or shrewd. It goes without saying that Trump is extremely outspoken and says exactly what is on his mind with little regard to other people’s feelings.

Trump banked his entire 2016 campaign on expressing viewpoints that would ruffle the feathers of others. He positioned himself as the person that would say the things people are not supposed to say. This tactic commonly works in his favor because new outlets cover everything he says, regardless if it is offensive or not.

This assertive and outspoken approach may just help him win again in the 2020 election, especially against an opponent that is much more soft-spoken. However, after four years of being in the constant spotlight, Americans may just be burnt out by his behavior and could be looking for a candidate who is a bit passive in approach.

Ready to learn your political personality?

Take the free 2-minute test below to learn more 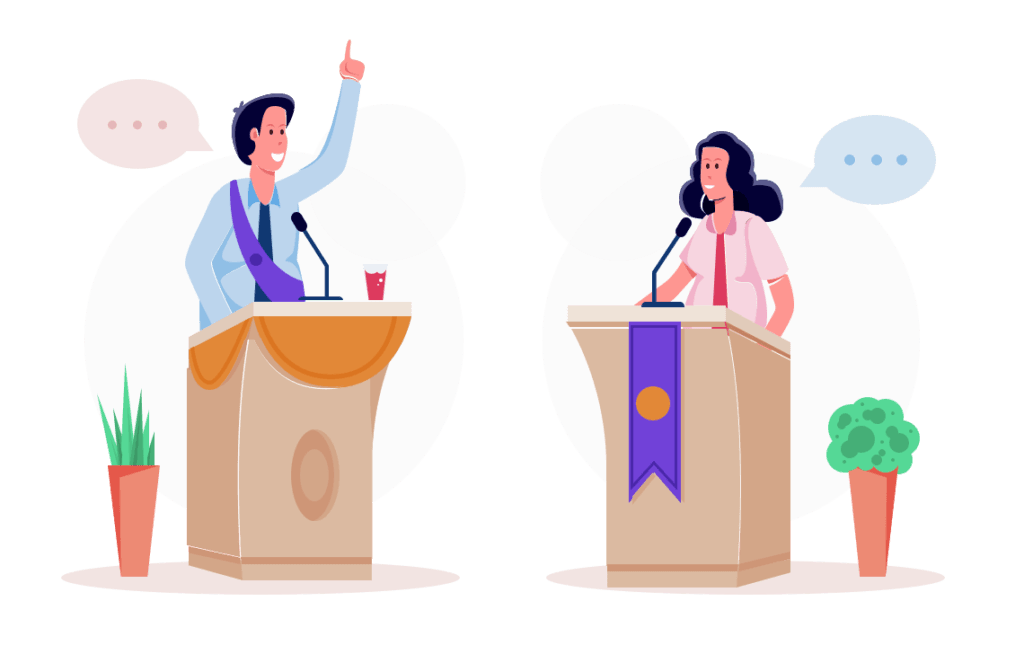